Published by Edward Richardson on October 25, 2020

The Women’s 5XI headed off on a 2-hour long trek to Scarborough, a journey which presented some early contenders for DOD.

Moving on from Women’s 5XI pre-hockey shenanigans and onto some actual hockey!

The 5XI played some very nice early hockey with some lovely wide distribution provided by the back three. This meant that the forwards were able to capitalise on this movement and bring the ball into the oppositions’ ‘D’ to win our first penalty corner of the match. Tyla Eley took a straight strike which was kindly deflected off their Keeper’s pads straight into the back of the net.

Our next goal came from a defensive hit out, taken by Amy Wagstaff, straight to Ruby Jamson waiting on the wing. Finding herself in a nice big space away from any pesky Scarborough defenders. Ruby was able to run the ball up into Scarborough’s ‘D’ for a 1v1 with their keeper. She carefully slotted the ball passed their keeper onto the left post to bring the score up to 2-0.

Unfortunately our elation at the ever increasing score line meant that a blip in concentration gave the opposition the opportunity to strike back! Scarborough used one of their sideline balls to set up their own 1v1 with our keeper, but this time they were able to place the ball in the back of the net.

We managed to bring the score back up to 3-1 from an extremely scrappy goal with Scarborough’s goalie sprawled out on the goal line and Lou-Lou Danger shoving and jamming the ball just over the line. Not pretty, but a goal’s a goal!

Scarborough were quick to retaliate and were able to score off a penalty corner to finish the first half on 3-2.

The second half only saw one goal from Leeds 5s which came from a run down the sideline with the ball from Tyla Eley. The ball was passed inwards to Lou-Lou Danger waiting at the top of the ‘D’ who lifted the ball over the only remain defender to Charlotte Campbell, by the left post to slot away the final goal of the match.

Overall, a great game and another 3 points happily pocketed. 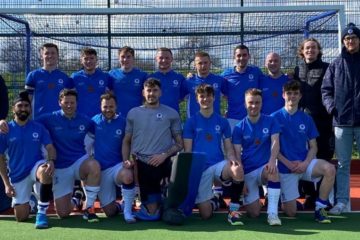 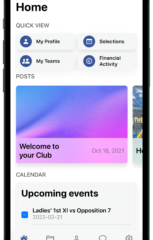 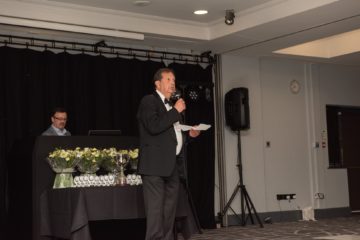 We are pleased to announce the details of this year’s End of Season Dinner Dance, taking place on Saturday 7 May at Headingley Stadium.  We’re so pleased to invite you all (and your plus ones) to our Read more…